At last week's city council meeting, waste disposal contractors voiced their concerns over the new ordinance that would make their 300-gallon "tankers" obsolete.  Instead, haulers would need to upgrade their capacity by approximately 1000 gallons.  That would place a great financial burden on them.  But as Councilman Garza pointed out, current waste disposal practices pose a threat to the community and we can't have waste materials transported in vehicles like the one shown below. 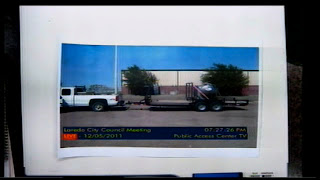 Here's a picture of a 900-gallon tanker.  This vehicle would be more than what's needed for local operations, according to one waste disposal contractor.  The ordinance is in limbo until March so all parties can come together to work out a plan that's financially feasible and realistic. 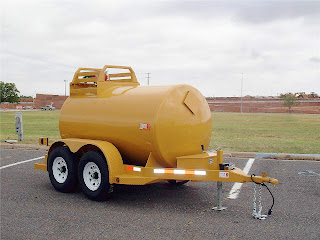 One speaker caught my attention as he spoke about the exchange between the committee chairman in charge of writing the ordinance, and one city employee who was asked for his input.

He was told, not so politely, to sit down and shut up.

So much for objectivity.