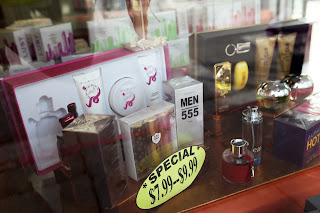 A&E's Bordertown: Laredo did a good job of featuring low-level crooks embroiled in the drug trade, but there are, in fact, bigger fish out there.

Despite Norton’s disbelief that Datta could be tangled up in a criminal scheme, Norton said the millions of dollars his friend was convicted of exchanging for perfume was hard to fathom. Even in Laredo’s heyday, Norton said, before Tamaulipas fell into the stranglehold of drug cartels and wait times tripled at border crossings, his own biggest bulk sales of blue jeans came nowhere near Datta’s figures.