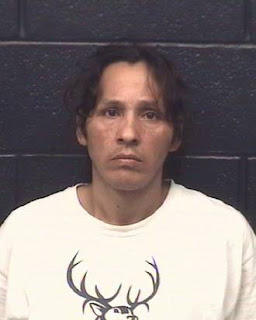 El Manana tells us that two individuals were caught stealing, in my neighborhood no less!!!  I'm not surprised by the attempted theft since I've already been a victim of it some years ago.

Subsequently my wife and I decided to install burglar bars around the house.  If we ever sell our house, it'll probably be described as guarded modesty.  But I digress.

The story identified a male and female as the culprits of the crime.  The picture provided by the newspaper identifies the person as Reynaldo Trevino.  But I wonder if it was a mistake since the person featured may pass for a woman.  Not that it matters;  I'm just left wondering why and how little physical cues influence my thought process.