My wife and I have been anxiously preparing for tomorrow's big event:  our son's first day of middle school.  While I think things will be OK, we can't help but worry.  So to keep from obsessing, let me present you some images that I find interesting. 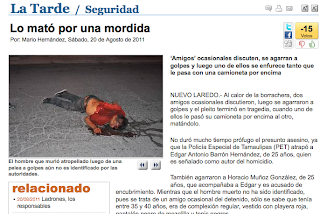 It amazes me the stuff they put on their front pages.
This is not a picture, but the title, I think, is a bit off:  "Harlandale probes its bond manager."  I'll pass on that one. 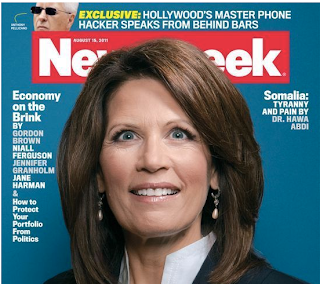 While I think Newsweek was wrong to go with this shot, it does represent the lady quite well.

And lastly, I've always been fascinated by Danny Valdez's hair.  It's nicely tended and has a signature disco era character to it.  While I admire the fact that he doesn't dye his hair, I dock him points for the lack of stylishness.  It's a nice head of hair but it reminds me of someone else.

I make it a habit of not getting personal with people's looks, but that part gets me.
Posted by KeyRose at 5:06 PM