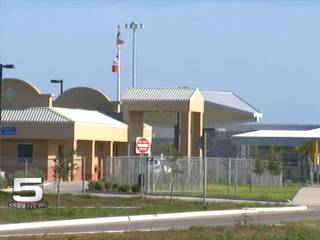 Apparently Mexican soldiers have a little problem with the subject of jurisdiction.  A valley news outlet reports that 33 soldiers crossed into the U.S. at the Donna bridge.  But Henry Cuellar is not buying the military's excuse about losing track of the boundary.  And he thinks that's they've taken advantage of our courteousness.

If we did that to them, they would be crying bloody murder right now.

First of all, we wouldn't do that because all our troops are tied up in the Middle East.  And Secondly, I would give our soldiers a little more credit as far as not knowing to cross into another country.

Mexican soldiers crossing onto U.S. territory has become something of a regular occurrence.  It's starting to look like much more than a coincidence.
Posted by KeyRose at 10:31 AM