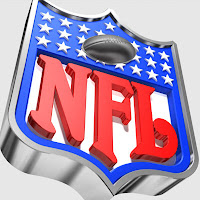 The NFL Lockout was finally resolved this week, and now there is a frenzy of football-related activity. Training camps are underway, players are being traded, and free agents are being snatched up. Yes, we were all ready for some football!
Right out of the gate there was a rumor of Brett Favre returning. C'mon! There has been zero NFL news for months, and reporters have to throw this story in right away to begin debates? I'm hoping Favre isn't foolish enough to do this anyway, and I believe his agent who said "he's retired, period!"
My favorite team, the Pittsburgh Steelers, have had a flurry of off-the-field happenings which have caused me some concern as a devoted fan. QB Ben Roethlisberger has been forever tainted by two sexual assault allegations (both cases were dropped). He got married this past Saturday to Ashley Harlan, and Steeler Nation is hoping his settling down will settle him down. 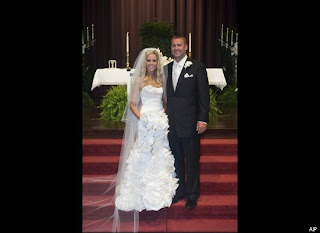 The never subtle linebacker, James Harrison, who made headlines last year for his hard hits and subsequent fines, went off on NFL Commissioner Roger Goodell in a recent interview. He said he hated him and called him a "devil" and a "crook"!?@! He went on to criticize other players, including some of his own teammates. Oh boy!
Former SuperBowl MVP and winner of last season's "Dancing with the Stars," Hines Ward, was also in the news for being arrested on DUI charges. Players in the news for all the wrong reasons is not what Steelers fans are used to. "The Pittsburgh Steelers are a proud franchise that has been built on stability, excellence, and respect." We need that again now that football is back in session. What I want to know is when did the Steelers turn into the Dallas Cowboys???
Posted by KeyRose at 9:44 AM