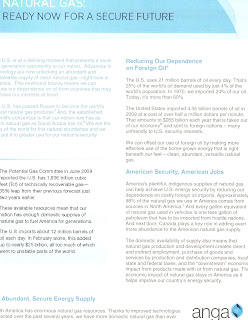 The Rio Grande International Study Center held a meeting Tuesday night to come up with a plan for dealing with the development of natural gas drilling in Webb County.  Fortunately there was a spokesman for the American Natural Gas Alliance (ANGA) in attendance to put everyone's worries at ease.  Not really.

The thing that I took away from the meeting is that everybody has questions about how business is being conducted at the drilling sites.  I've posted stories about hydraulic fracturing but there's general concern out there coming from people of all ages and walks of life.  The ramblings worries of this blogger concerning this issue are not isolated and far-fetched.

Anyway, the RGISC plans to bring more people to the table, including our elected representatives.  A tour of a drilling site is in the works as well.  Additionally, information is going to be gathered pertaining to contingency plans drillers have in place in the event of an emergency.  We also want to find out how produced water -- water that has been mixed with chemicals -- is being disposed of.  On top of that, where is all the water that's used at drilling sites coming from.

It's estimated that 5-7 million gallons of water are used at each rig.  Does Webb County have the luxury, and the means, to provide for the process of fracking?  It's hot as hell already, it hasn't rained in a while, a drought is upon us, and a secondary water source has always been a goal of our local politicos.   It was said that drilling for natural gas could occur over the next 30 years.  Something is going to have to give.  Either we as citizens curtail our water use or the means of hydraulic fracturing are going to have to be perfected.
Posted by KeyRose at 10:07 AM