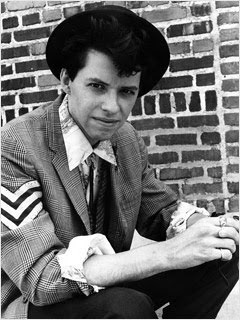 With all the Carlos Sheen insanity, El Duckie has gone quiet. That seems sorta surprising considering he was the co-lead on the same show. Well, never at a loss for words, Carlos Sheen(verguenza) has let his former co-worker have it. Here are Carlos' words for Duckie:

"Jon has not called me. He's a turncoat, a traitor, a troll. Clearly he's a troll."

.. and he didn't stop there, asked if Duckie should call now, Carlos went on:
"What's there to say? I'll tell him 'You're a little late. Goodbye, troll,' " said Sheen. "When I'm starring in multimillion-dollar films and he's begging me for a supporting role I'll say, 'You left me out in the cold with all of your guilt and stupidity.' "

Pobre buey. What should Duckie do now?
Posted by KeyRose at 1:49 PM