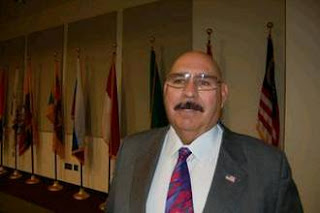 At tomorrow's city council meeting, the mayor wants to urge the police chief to make mail fraud and identity theft against the elderly a priority.  Raul Salinas wants Laredo's finest to bring awareness to those who might be vulnerable to the possibility of being scammed.  And if he had his way, he would see that those responsible would be prosecuted to the fullest extent of the law.

I think the mayor just might get his way.  He's had quite a relationship with the police.  Why, take for instance the little incident that occurred in November where his wife's car was stolen in north Laredo.  In no time at all the cops jumped into action and the car was found.  How's that for backup?