Nuevo Laredo Mayor, Benjamin Galvan Gomez, saddled up and led a group of people on bikes through the streets of our sister city, all in an effort to promote health.  Good for them; but I want to know how the mayor scored PeeWee Herman's bike?  (Video courtesy of El Manana)

On this side of the border, our cuddly mayor is recovering from a case of fatigue. 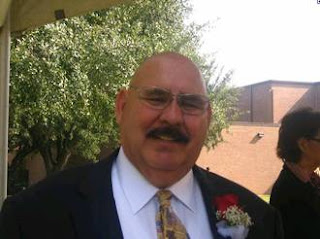 He's in no shape for a bike ride at the moment.  Come to think of it, he wasn't in the mood for a bike ride when we had our own bike tour a couple of years ago.  Somebody in the bike crowd was dressed as a clown but I can't confirm whether that was the mayor or not.
Posted by KeyRose at 8:46 AM