Via the Austin Chronicle:

In 2009, the Legislature requested that the Texas Health and Human Services Commission and the Texas Department of Insurance issue a report on the benefits and perils of quitting Medicaid. That report, "Impact on Texas If Medicaid Is Elim­in­ated," was released on Dec. 3. If hardcore conservatives were hoping it would provide ammunition for their campaign against the Health Care and Educa­tion Reconciliation Act of 2010 (aka federal health care reform), they quickly found it was shooting blanks. 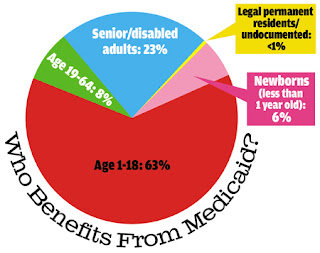