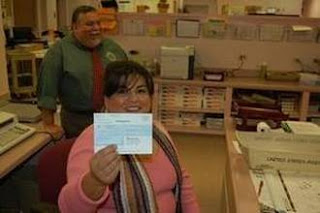 In today's El Manana we learn that candidates running for office have made little effort to reach out to people.  With 26 days to go before the general election, some people don't know who all the candidates for mayor are.

When I was approached by one candidate's campaign staff last weekend, they acknowledged me by name.  Obviously they had a list of registered voters to work with.  I'm surprised that more people haven't come knocking since almost everybody that I've interviewed has told me that they would use the traditional block-walking strategy to get their message out.

And by no means do I want to single out the local candidates for doing a poor job of getting out the vote.  Henry Cuellar, Richard Raymond, and Judith Zaffirini don't fare well too.  They might have the luxury of being able to send out mailers but they don't afford us any face time.  They've gotten too complacent and have taken our votes for granted.

Candidates don't necessarily have to come knocking on my door.  They can go the Raul Salinas route of standing on street corners.  That would at least give me the impression that they're trying to get my vote.
Posted by KeyRose at 9:41 AM