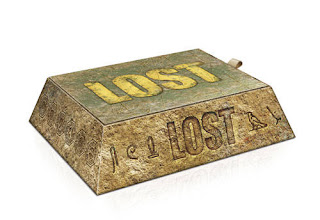 The 6th season of the TV show LOST came out Tuesday on DVD. Also available on DVD or Blu-Ray is the complete set of the six seasons (pictured).

Three Dog Night will be performing as part of the Empty Bowls fundraiser for the South Texas Food Bank
on Wednesday August 25th at the Laredo Energy Arena.

There's a song of theirs named "Shambala" that is forever part of LOST. In episode 10 of season 3, the LOST gang finds an old VW van that was mysteriously abandoned years ago on the island. Hurley wants to get it running again, and he does in a very daring way. "Shambala" can be heard at the start of the episode which takes place in the 70's flashback during Hurley's childhood (with his dad, a wigged-out Cheech Marin). Then we can hear it again as an old 8-track tape kicks in just as the van revs up on the island.
We here at LaSanbe hope you take the opportunity to go hear some good music and contribute to a very good cause Wednesday night at the LEA.
Here's the LOST clip:
Posted by KeyRose at 8:53 PM