Apparently Henry Cuellar has been talking to his constituents.

It's a wonder he has any time for the public what with the hurried photo ops he conducts in town. 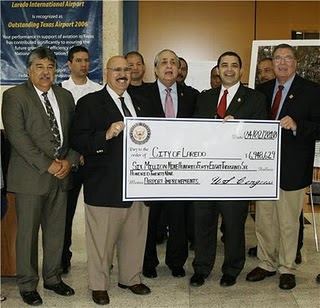 Cuellar has always said that he's a fiscal conservative but that goes contrary to what he's practiced in the past.  He's been quite the liberal spender and Open Left has noticed.

You have to vote for Afghanistan funding.  It's not like that little conflict is a money pit or anything.
Posted by KeyRose at 12:58 PM