One Year Has Gone By 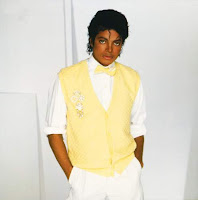 A year ago we lost Farrah Fawcett and Michael Jackson. It's difficult to fathom that an entire year has passed.

Farrah was a native of Corpus Christi, Texas and rose to fame in the 70's with her role in the TV show Charlie's Angels, her marriage at the time to the Six Million Dollar Man, and her famous poster. Her death was not a surprise considering she had been battling cancer for some time before. We knew she was really sick. But her death was completely overshadowed by the sudden death of Michael Jackson.

Michael died later in the afternoon that same day. When I heard the news I thought it was another rumor about him. He couldn't really be dead!?! It wasn't until I got home and saw all the networks talking about Michael that it became real. Growing up would not have been the same without Michael Jackson's music. After his death the documentary film "This Is It" was released. Watching it you forget about any troubles MJ had, and you see how talented he still was at age 50! What an incredible loss.

This is one of my favorite live performances by Michael Jackson.
Posted by KeyRose at 6:59 AM