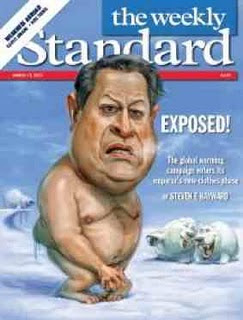 Word is out that divorced climatologist and former VP Alberto Gore was up to no good with a friendly massage lady in Portland. According to this story..
The woman herself came forward in 2009 and provided Portland Police with a detailed report on the alleged incident. The massage therapist told investigators about an evening massage session during which Gore allegedly became enraged at times and tried to gain sexual favors from the woman.

"I was shocked and I did not massage beyond what is considered a safe, nonsexual area of the abdomen," she said. "He further insisted and acted angry, becoming verbally sharp and loud."

"I went into much deeper shock as I realized it appeared he was demanding sexual favors or sexual behaviors." The woman said Gore grabbed her hand and shoved it toward his pubic area. She alleged he later tried to have sex with her and began caressing her before she squirmed out of his grasp.
Posted by KeyRose at 10:34 PM