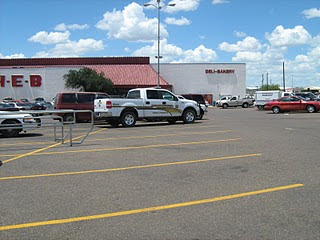 This is a picture of a sheriff's department truck that I posted nearly two years ago.  A squad car is parked close behind.  I took the pic because there were several units in the HEB parking lot that day.  It struck me as odd.  Now here's a picture of a similar truck featured in the LMT today. 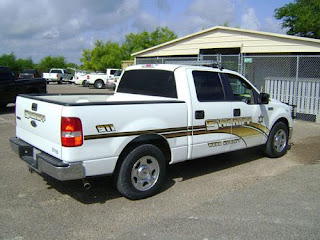 This imposter was spotted by Border Patrol agents working near Freer, TX.  They quickly noticed that the person who was driving the truck was wearing a fake uniform.  And the truck wasn't fitted with a laptop or radio.

Props to the BP agents.  You have to wake up pretty early to get one past them.  Fake decals and a round deputy's badge are not going to cut it.
Posted by KeyRose at 8:56 AM