Patron politics would be the order of the day.  That is until it all came crashing down, and Bill Moyers was there to tell it.

J.C. Martin apparently stole a ton of money from taxpayers.  Justice for the public was never really served.  As far as I know, the former disgraced mayor of Laredo never spent any considerable time in jail.  And he has an elementary school named after him still. 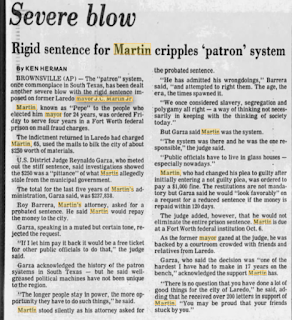