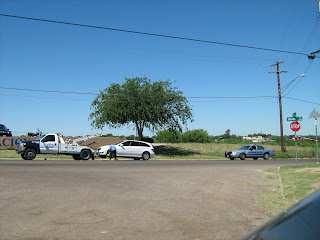 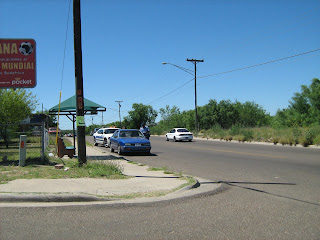 The cops were out in full force this afternoon along south Meadow Ave.  I decided to take some shots of the action especially since one motorist's car was being towed.

As I began to drive off, the officer in the blue squad car immediately followed me and pulled me over.

He asked me for my I.D. to which I responded, "do you know who I am?"  Anyway, he pulled me over because he caught me taking some pictures of him being a jerk the traffic stop.  He went on about me possibly putting the driver's (white SUV) and his life in jeopardy.  I asked him to explain.  I heard border violence, terrorism, me being in cahoots with the driver of the SUV, and his life being threatened by my actions.

I asked to take his picture, but again, he spewed something about me endangering his life.  As if somebody who would be out to exact vengeance on a police officer would be so blatant to do it in broad daylight, in plain view as I did.  There are some knuckleheads out there so maybe I shouldn't be so quick to talk.

He was courteous enough to give me his card, and not ticket me, but I learned one thing:  If I'm going to take pictures of cops ticketing people on Meadow Ave. (and I will), I'll be more discreet.

He did tell me that the lady in the white Mercedes SUV who was stopped was found to have no insurance.  Naturally "she was upset" because her car was getting towed.  She had already left by the time I got there.
Posted by KeyRose at 9:06 PM