Show Me The Money

Tuition and fees are going up at TAMIU


According to Castillo, based on last year's increase of $12 per credit hour,
this year's designated tuition increase of $5 is not that high


In other words, you're welcome Laredo.

Mr. Castillo goes on to defend the price hikes by comparing TAMIU to other universities.


That's stupid because TAMIU isn't even in the same league as the other colleges.
He's trying to sell the university by saying, hey we're cheaper, when in reality the slogan should be: hey, we're closer. 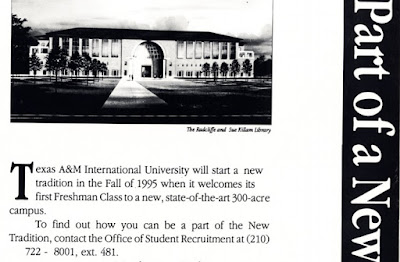